The Kentucky Derby is coming up at the end of this week. So…
Anyone who knows me knows how much I love horses. From the time I was a child I was horse-crazy. After years of riding other peoples’ horses at the local Pony Club, my dream came true one hot August day when my parents took me out, at fourteen, to look for a horse of my own.
That was how I got Cookie, a buckskin mare with a mind of her own. Fortunately for me, at 14.2 hands, she was close to the ground. All the kids I knew rode bareback, so I did, too. Cookie liked to shy sideways – about eight to ten feet – and I learned to stick with her, for the most part. I also remember the time I tried to get up on her bareback, by the open-doorway of the feed shed, and I pushed off so hard I slid over her back and face-planted into a bag of horse-feed pellets.
A few years later, I was lucky enough to find the Love of my Life, a dark bay Thoroughbred with one eye. His name was Hatteras. I never worried about him running in to anything, and he never did. He bucked me off a few times as well, and again I had to trudge miles through the deep sand in the riverbed. 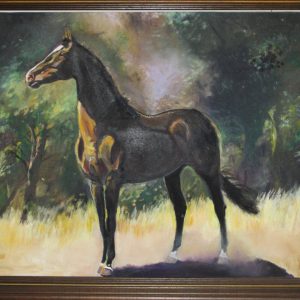 Anyone who knows me, knows I love horseracing.
In 1994, I decided to write a romantic suspense called DARK HORSE, set in the quarter horse racing world. And darned if I had to research it. So my husband and I piled into the car and drove to Ruidoso, New Mexico, which hosted the biggest and most important quarter horse race in the country. I made a very good friend there in Aleta Walther, Ruidoso Downs’ publicist, and she turned me loose on the backstretch.  (The QH folk called it “backside.”) There, I talked to trainers and grooms at the barns, and soaked up that whole wonderful world. I made a friend for life in Aleta. Back in Tucson, I spent a lot of time following a wonderful racehorse trainer whose horse made it to the All American Futurity at Ruidoso, Zip Peterson. The first day it had rained and the mud was probably five inches deep. He took his horses out to the track (he rode, I trudged) and I floundered around in my pathetic running shoes.  He got a kick out of that. A wonderful man, Zip—he taught me a lot.
So I wrote a suspense novel, DARK HORSE. My publisher, Kensington, bought it. They put a nice cover on the paperback, and the following year I signed books at the All American Futurity. Oftentimes, I’d sign at a bookstore in a mall and maybe one or two people would buy the book and have me sign it, but on All American Futurity Day, I didn’t even have time to drink my Coke. In fact, the paper on the cup almost melted. I think I signed close to three hundred books that day, which was a record for me.
The best thing for me, though, was the time I spent under Zip’s tutelage. There is something very special about the backstretch—a whole different self-contained world. Grooms, exercise riders, trainers, horses, “ponies”—horses who are calm and settled enough to escort high-strung thoroughbreds and quarter horses to the track. I love those no-nonsense types, bomb-proof, tough as old boots. Their motto: “been there, done that.”
Having owned and ridden horses, and having ridden western, english, and bareback (along, I guess, with “feed shed”) it was easy to write DARK HORSE.  It was easy to write the scenes in THE SHOP that were about racehorses. It was easy to write THE BLUELIGHT SPECIAL, the short story. The countless times Cookie dumped me in the riverbed, and I had to stump my way  back to the Dodge Blvd bridge where a nice guy always kept her in his corral and waited for me to show up—well, it paid off.  I didn’t know then that my parents bought me the horse to keep me away from boys at just the right time. (It was my Mom’s idea. She had the strategic capacity of a general.)
Thanks to cable TV, I can watch the Derby hopefuls jog, gallop, and work. I know who the trainers are. It’s that time of year, full of hope and wishes and dreams. The most successful Triple Crown trainer (and the only one in recent times to have won the Triple Crown) is an Arizona native, Bob Baffert, who hailed from Nogales, Arizona, south of Tucson. Not only that, but the University of Arizona is host to the well-regarded Racetrack Industry Program.
There’s nothing like this time of year.
The Kentucky Derby’s coming.
And I can’t wait. 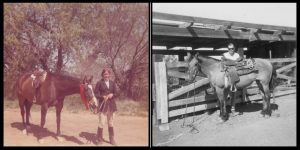 My Love Affair With Horses – May Giveaway
Click the link below for your chance to win an Audio CD version of
THE SHOP (Cyril Landry Thriller). 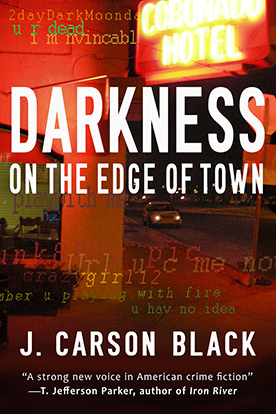