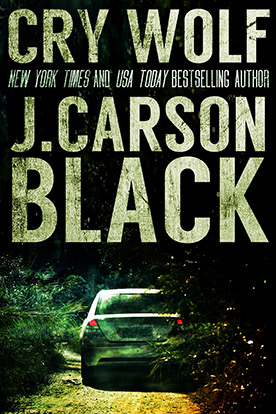 Tell me no lies.

Laura and her aspiring-film-director partner, Anthony, catch a homicide case where nothing is as it appears. When pathological liar Sean Perrin is found dead in his car at a trailhead in scenic Madera Canyon, he leaves behind a skein of lies and half-truths that are impossible to untangle. From violent death in a sordid motel room to a high-end prostitution ring in Las Vegas, Laura and Anthony follow Sean’s trail across a landscape of broken dreams and convincing lies—until they confront the true evil behind the mask.

Laura Cardinal was just finishing up breakfast when she got the call.

Her sergeant, Jerry Grimes, said, “You like Madera Canyon?”

Of course she liked Madera Canyon. Madera Canyon was situated in the Santa Rita Mountains, a beautiful area south of Tucson, oak woodland, wild turkeys, cozy cabins, great hiking, and lots of birds. But Laura knew that Jerry wasn’t inviting her to a picnic.

Laura Cardinal was a homicide cop.

Matt looked at her from across the breakfast nook, a question in his eyes.

He nodded back, got up from the table and motioned toward the back door. Going to feed the horses. Laura’s fiancé was the philosophical type. One, he didn’t resent the time-sucking nature of her job, having been a fire fighter with the Tucson Fire Department for eleven years, and two, he could keep himself entertained—one of the many traits they shared.

Jerry said, “I called Anthony and he’ll meet you there. You know the parking lot at the top? The trailhead to Baldy?”

“Which one?” There were three parking lots terraced down the hill.

“The top one—near the restroom. Google Map it.”

“As we speak,” Laura said, scrolling through her phone. “What happened?”

“There’s a guy in a car. Shot in the head. A group of hikers were on their way to the trailhead when one went back to her car to get something. She spotted him and they called it in. A ranger there secured the scene. Ran the plate—the car is a rental, rented to a Sean Perrin, of Las Vegas, Nevada.”

Laura watched Matt walking out to the pipe corrals. Their two horses were peering over the fence snorting and nickering. Breakfast!

If only everyone could be so easily pleased.

It looked like her breakfast would be a homemade muffin on the fly and coffee in a to-go cup. She had a row of to-go cups on the top shelf of the dish cupboard. “What about Pima County Sheriff’s?” she asked. As a criminal investigator with the Arizona Department of Public Safety—Arizona’s state law enforcement agency—Laura was often called out to assist other jurisdictions in their homicide investigations.

“That part of the canyon is Santa Cruz County and Coronado Forest. Santa Cruz is the one asking for the assist. They’re short-handed, what with the border troubles and you know the furloughs just came down. They knew they could use us so they asked.”

She should have hated working on her day off, but a part of her was already on the case. Already anticipating what she would find, already wondering how a guy from Nevada got himself shot in one of the prettiest places in southern Arizona.

She drove into the Madera Canyon Recreation Area just before nine a.m. First thing she saw as she passed the Madera Canyon Cabins on the right was the colorful dragonfly streamer hanging from the rustic wood sign.

Amazingly, considering her previous track record, Matt had been admiring her dragonfly tattoo for three-and-a-half years. Her love life had been like riding a bicycle—she’d had several tries, bit the dust a whole bunch of times, but finally she was riding like a pro.

She loved the feeling. But even after all this time, Laura wondered if this was a dream. The love stories she’d written for herself over the years had always ended badly, so it amazed her that love could actually be easy and fun.

She was just beginning to trust that.

The road wound through the canyon. The shadows were deep, the grass catching the sun like spun gold, the oaks dark but glittering where the sun touched their upturned leaves. Deep blue sky. Laura felt sorry for the poor soul who’d passed away and missed a day like this. She drove past a few cute little four-wheel drive vehicles, people walking along the road in shorts, lots of birders in hiking gear and carrying walking sticks.

Laura drove slowly, taking photos of the vehicles and the people she encountered.

At the top she drove up past the first parking lot level, then the second. The road to the top terrace was sealed off by yellow tape. A U.S. Forest Service truck and two Santa Cruz County SUVs were parked alongside the road leading up to the higher tier. A deputy with a clipboard stood in front of the crime scene tape.

The public restroom was just inside the entrance to the lot to the left of the parking spaces that faced the rocky, oak-covered hill. Two spaces away from the restroom was a newer model silver Mercedes. One look at the license plate told her it was a rental.

Laura pushed the tail of her lightweight jacket to the side so the deputy could see her shield. She introduced herself.

“We’re going to have to move the crime scene tape much farther out,” she told the deputy, whose nameplate read RICKEL. She motioned to the trailhead and the road leading into the picnic ground adjoining the parking lot. “There are so many ways the killer could have come in here—or left.”

“Sounds good. ” Rickel was a carrot-top with freckles.

Laura nodded to the trailhead. “Someone could have come down from there and surprised the victim. We’re going to have to rope off the area and look at footprints.”

It would be an enormous undertaking. And she’d have to do it all herself until her partner arrived. The fewer people traipsing around a crime scene, the better.

Laura donned latex gloves. She used to keep her hands under her arms, a habit she developed to make sure she didn’t touch anything, back before everyone had access to latex. But the advent of unlimited space on the new cameras allowed her to document everything, and so now she kept her hands free. Now she photographed everything.

The blacktop was recently resurfaced. There were some tire marks here and there from general use. The Mercedes was parked nose-in to a concrete curb.

Laura started way out from the Mercedes, looking down at the parking lot. It was clean, no debris, no trash. From there, she proceeded to the restroom and checked both of them out. Photographed the interiors, made a note that the trash would have to be emptied and gone through.

She eye-balled the flurry of footprints, most of them partials, covered up by other footprints, and photographed them. Photographed the weeds, grass, leaves, and bushes on the trail. Called out, “Has anyone been up this trail since you got here?”

The deputy yelled, “No!”

Laura was aware of the people down below, gathered beyond the tape.

Finally she zeroed in on the car and its occupant.

The man’s head had snapped backward, and he’d slumped back so that his left shoulder was propped precariously against the seatback. His head had come to rest in an impossible position if he’d been alive, canted back by gravity, the column of the neck propping it up. The shoulder harness had kept him in that position and rigor had sealed the deal. The rest of his body had collapsed against the seat in an artless, sack-of-potatoes way.

The bullet came from a small caliber weapon—a .22. He’d been shot efficiently, in the triangle between the eyes and the bridge of the nose. One puncture from the gunshot and plenty of stippling—

Shot at close range. Maybe from a foot away, through the open window.

“Whoever you are,” Laura said to the killer. “You knew what you were doing.”

All signs pointed to a hit. An execution. Efficient, economical, bloodless, no overt evidence, except for what ballistics would have to offer and possibly shoe prints if they could see them, and of course threads, hair, skin—whatever they could vacuum up.

She thought he might have been waiting for someone.

Either that, or he was foolish enough to buzz down his window and talk to a stranger who ended up killing him.

Time of death had yet to be established, but Laura thought he was probably killed some time in the night. Sunglasses on the dash. He hadn’t been wearing them, which meant it was probably dark at the time he was shot. The bare legs poking out of his hiking shorts were darker than the rest of his body, shading down from flesh color above the knee to brick red and finally to deep purple at the ankles. Hypostasis. The heart stopped pumping, and blood sank down to the lowest point. Knees bent, right foot stretched a little closer to the accelerator.

A bee zoomed past. It was getting warm already. An insect bit her ankle.

Two other things soon became apparent: the victim still had his wallet, and if he’d had a cell phone, it was gone now.

CRY WOLF is a fun, fast-paced mystery with a victim who is such a pathological liar that his murder is tough to solve. Entertaining!