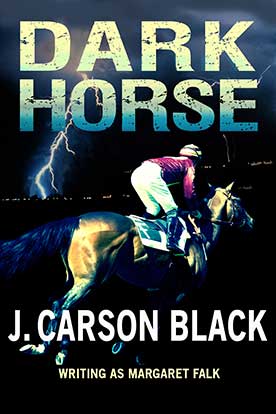 Still simmering from the confrontation at the Steak Out, Coke McAllister forced himself to ease up on the accelerator. That smart-ass deputy might be out looking for drunk drivers tonight. After three Scotch-and-sodas, Coke didn’t want to risk it, even though all he’d had in the last hour was coffee on top of a big steak dinner.

He was extra careful on Arizona Route 83, observing the speed limit exactly. Even so, he breathed a sigh of relief as he reached the turnoff for home.

As the dirt road reeled out before his high beams, Coke cursed himself for shooting off his big mouth. He’d planned to hold off until he was sure, maybe even catch the bastard in the act. As it was right now, he didn’t have any proof. And wasn’t likely to, not after showing his hand like that. Shouldn’t have said anything, but he was so damn mad—

The road curved to the right. As Coke turned the wheel, the pickup shimmied a little. He wished now he’d driven the new truck, even though he would have had to stop for gas. The steering mechanism on this old boat had a lot of play in it, which might make him look drunker than he was. At least he was almost home.

Why couldn’t he have kept his mouth shut? He winced and rubbed his forehead. Think of something else.

Dakota. His mind fixed on the image of his daughter with relief. Tomorrow he’d give her a call. He’d even fly her out here, and he could spend some—what did the shrinks call it . . . quality time?—with his only child. As Coke drove the ranch road, his urgency grew. Suddenly, it was the most important thing in the world that he see Dakota again.

He hoped she wasn’t too busy to come.

Coke glanced at the rearview mirror, and his heart skipped a beat. A dark shape hurtled up behind him. “What the—”

On impulse, his foot punched the accelerator.

Suddenly, headlights flashed on, their reflection in the rearview mirror nearly blinding him. “Damn fool!” he muttered, shoving the mirror sideways. But he could feel the bar lights mounted on top of a truck aimed at the back of his neck. They flooded his cab with white light.

What was the guy doing? He yanked the mirror back into position, squinting against the brightness.

Adrenaline ran through him as he saw the flat board across the front grill, the tire lashed to the board. The truck behind him surged forward. If he came any closer, they’d lock bumpers.

Coke felt a jarring thud as the two vehicles connected. Suddenly he was going much faster, as if his truck were on skis.

As the truck pushed him forward over the unraveling road. Coke was struck by the realization that deep down, he’d been expecting something like this all along.

A terrific tale of murder and mayhem set on the Quarter Horse racing circuit in the American Southwest. Watch out, Dick Francis!

DARK HORSE brings readers smack dab to the center of the complex and fascinating world of horse breeding and racing, and will take readers on an intense and nerve-shattering ride that is bound to please.

A breakneck thriller with enough potentially murderous characters to keep even supersleuths guessing until the real culprit is revealed.

Dark Horse...takes readers on a riveting ride through the high stakes world of quarter horse racing...it will make you cringe in anticipation, shed tears of sorrow, and it will make you laugh. Dark Horse is surely of stakes quality and will land you in the winner’s circle.

…joins the ranks of Nora Roberts and Janet Dailey with her wonderfully fresh tale of mystery and romance. A book rich in character and place, where the reader experiences firsthand the fascinating world of Quarter Horse racing and the mélange of people drawn to it. DARK HORSE marks the arrival of a most welcome new talent in romantic suspense. Gripping. Satisfying. A keeper!

Suspense and romance combined with the excitement of Quarter Horse racing and thrill of competing in a million-dollar race make DARK HORSE a winner.