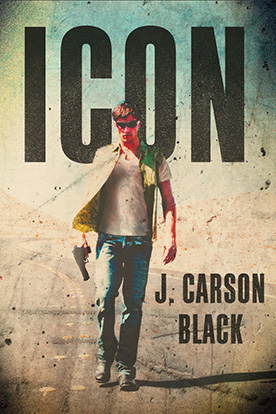 Hollywood superstar Max Conroy is A-list all the way—one of the few actors who can guarantee box office blockbusters on opening weekend. Max has it all: the devil-may-care charisma, the stunning movie star wife, and a sizable personal fortune that grows along with his legend.

When Max escapes from a rehab center in Arizona, disoriented and longing to return to his blue-collar roots, he becomes the target of a motley group of kidnappers planning to cash in by holding him for ransom. Max not only outsmarts them; he evens the score. Little does he know that a far more dangerous and merciless enemy is coming for him. But this time, he has an ally in the smart and beautiful sheriff’s deputy Tess McCrae.

For years, Max drifted through an easy superstar life, untethered and without purpose. But as he fights for his life, something turns inside him. He’s ready to live again—on his own terms. He will destroy those who’d rather see him die like an icon than live like a man.

When you considered all he’d had were textbooks, some of which he’d written himself, and a slide rule, retractable measuring tape, calculator, drafting pencil and reams of notebook paper, Dr. Stephen DePaulentis was quite proud.

Dr. DePaulentis, M.D., Ph.D., Chief Forensic Pathologist with the Los Angeles Police Department (retired), member in good standing with the National Board of Medical Examiners and frequent crime scene expert on CNN, was well aware that his thirty-plus years of accumulated knowledge would go unappreciated in the cabin at Big Bear Lake.

But for the moment, he savored the magnitude of his accomplishment.

He’d discarded three prospective scenarios as impossible and stuck with the simplest solution to the problem presented him. For the last four hours over a two-day period, he had gone over his projections from stem to stern. There were no holes.

He peered out the half-closed blinds of his cabin. A speedboat arrowed across the lake. Sunlight glistened on blue water. He wished he could be out there—

And realized, for the first time in eight months, he actually wanted to live. The heart bypass had knee-capped him, shrunk him, and the depression which followed was crushing. Now he felt useful again.

He heard a motion behind him. His captor.

“Everything’s worked out, the blood spatter, the trajectories, where to place the…” He looked at the still, quiet eyes and faltered. “At any rate, mission accomplished. You can simulate it on a computer. I’ve given you all the measurements, probabilities, forensics—everything.”

Abruptly, he felt deflated. Nothing left to say.

His captor held a takeout bag from The Lodge. Last night Dr. Paulentis had asked for Kobe beef, and got it. Not as good as you’d get in the restaurant, but good enough for takeout.  Today it was poached salmon.

He tucked in while his captor read over his notes. They finished about the same time. His captor said, “Remarkable.”

“I think so.” He wiped his chin with the linen napkin that had come with the food. Wondered what his pals in the forensic biz would think.

As he set down his fork, he heard a snap behind him. It was a snap he recognized from years of donning Latex gloves. He spun around. “What—?”

His captor looked at him with that stone face, eyes immovable in her head. One gloved hand held a semi-automatic. She nodded in the direction of the bathroom. He capitulated, walking ahead of her, his heart ramming its way up into his throat. He could hear the motorboat whining across the water, see the sun filter through the ponderosas between the blinds. The sky outside a perfect, crystalline blue.

She stopped at the bathroom doorway. “Take off your clothes.”

“Can’t we talk about this? I have two grown daughters—”

She raised the gun to chest level. No point arguing. He removed his clothes, embarrassed by his white, flabby body, the scars on his chest. Covered himself with shaking hands.

“Get in the bathtub.”

He stepped in. What else could he do? The water had once been warm, but it was tepid now. She must have run it before she went to get his lunch.

He sat in the tub, tried to keep his voice calm. “You don’t have to do this. I promised I’d keep quiet, and I will.”

She reached down by the sink and handed him a full bottle of wine. Good wine, too, he noticed. “Drink,” she said.

“You can monitor my phone, my emails. I promise I won’t say anything.”

No choice. He drank. Good wine or not, he barely tasted it. His mouth was sour with fear. He swallowed rapidly, like drinking from a fountain, wanting to be as drunk as possible.

His captor emptied a vial of pills into her hand. He recognized them immediately—Secanobarbitol. Stared at the red capsules for a long time, his heart hammering in his ears. He wouldn’t get through this alive. His only choice was how.

He took a deep breath and reached out with surprisingly steady fingers. Picked the pills up delicately, one by one, from her outstretched palm and transferred them to his own, then placed them in his mouth.

Thinking, I did truly fine work.

He almost choked, his mouth was so dry.

But eventually, he swallowed them all.

Icon rocks from start to finish. Its thumping action propels a story that's suspenseful, ironic, and full of surprises. J. Carson Black has created a leading man to root for in Max Conroy – and the most chilling pair of villains I've come across in years.

Icon is a smart thriller that had me hooked from the start. J. Carson Black has outdone herself. I loved it!