Many times my character, former Navy SEAL Cyril Landry, finds himself in need of (yet) another weapon.

In The Shop, he walked into a Mom & Pop gun store in Alabama to purchase some weapons. The place was a little frayed at the edges. There was a faded trout diorama in the window, along with a stuffed animal or two, and a rack of fishing poles. Landry plunked a goodly amount of money on the counter, and the guy was happy enough to go for a walk so Landry could place his order. I had a lot of fun writing that scene.

In Spectre Black, Landry starts out in another little cave of a store, this time in San Clemente, California. The owner, a grizzled Viet Nam war vet, purveys tennis balls. Not just any tennis balls. These explode when they are armed by the right racquet (Thanks to fellow author Will Graham for that idea, which seemed ridiculous at the time, but grew on me. Just goes to show he has a better imagination than I do). The tennis balls make their mark onstage toward the end in Spectre Black. 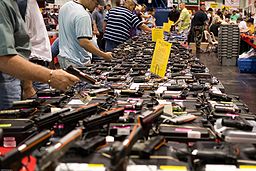 Also in Spectre Black, Landry and two friends, former homicide cop Jolie Burke and a former special ops pal of his from their tour in Afghanistan, “Eric The Red,” go shopping for a new sniper rifle at a local gun show. Landry finds a good one, checks it over, and buys it. On their way out of the gun show he notices a box-full of tin stars on a table—the kind a TV sheriff might wear. Gold ones, silver ones, all of them cheap. On a whim, Landry buys one for 25 cents.

I don’t know why I had him do that.

But later, the 25-cent badge comes in handy, because as cheap as it is, the thing still looks real. And Landry, who is good at impersonation of law enforcement and military personnel at all levels, sells it like nobody’s business. 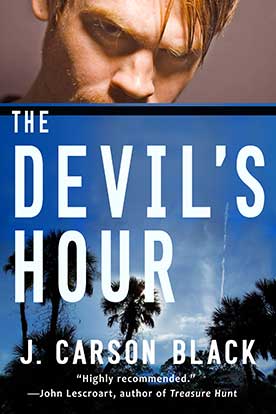