You never know when you’ll find something that will not just fit into a story, but might GIVE you one. One night, a number of people from Start Up Tucson were gathered at an open-air bar in downtown. Start up Tucson is a non-profit organization that fosters entrepreneurial ventures. I was sitting with one of the staff, Greg Teesdale, under a summer moon, and he told me a story that intrigued me.

He described a ride-along with the sheriff’s office and a Tucson company called Strongwatch. On that particular night, police used a Strongwatch vehicle to patrol a desert area down near the U.S./Mexico border, looking for border crossers or drug runners. The vehicle had a unique selling point: an infrared camera that goes up on a telescoping pole that could catch movement in the darkness of the desert. People, animals, any living creature that could be seen in the dark. 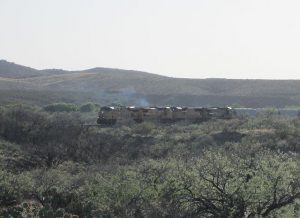 He told me how bad guys robbed freight trains. This kind of train robbery is sneaky, smart, and oftentimes the engineer has no idea that part of his train has been decoupled–hijacked–left behind in the desert where the bad guys could crack it open like a tin can and get away with the contents. A slick train robbery.

My author wheel started turning. I knew this would be a great beginning to a crime fiction thriller. And so I took some notes and set up the scene. I found a great character in detective and sharpshooter Samantha Stark, put her on the board, and started the story with a train robbery. 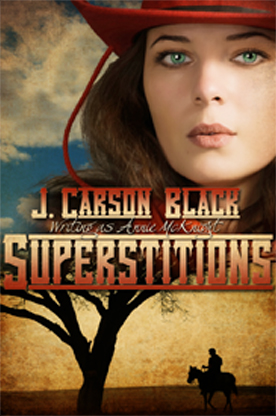